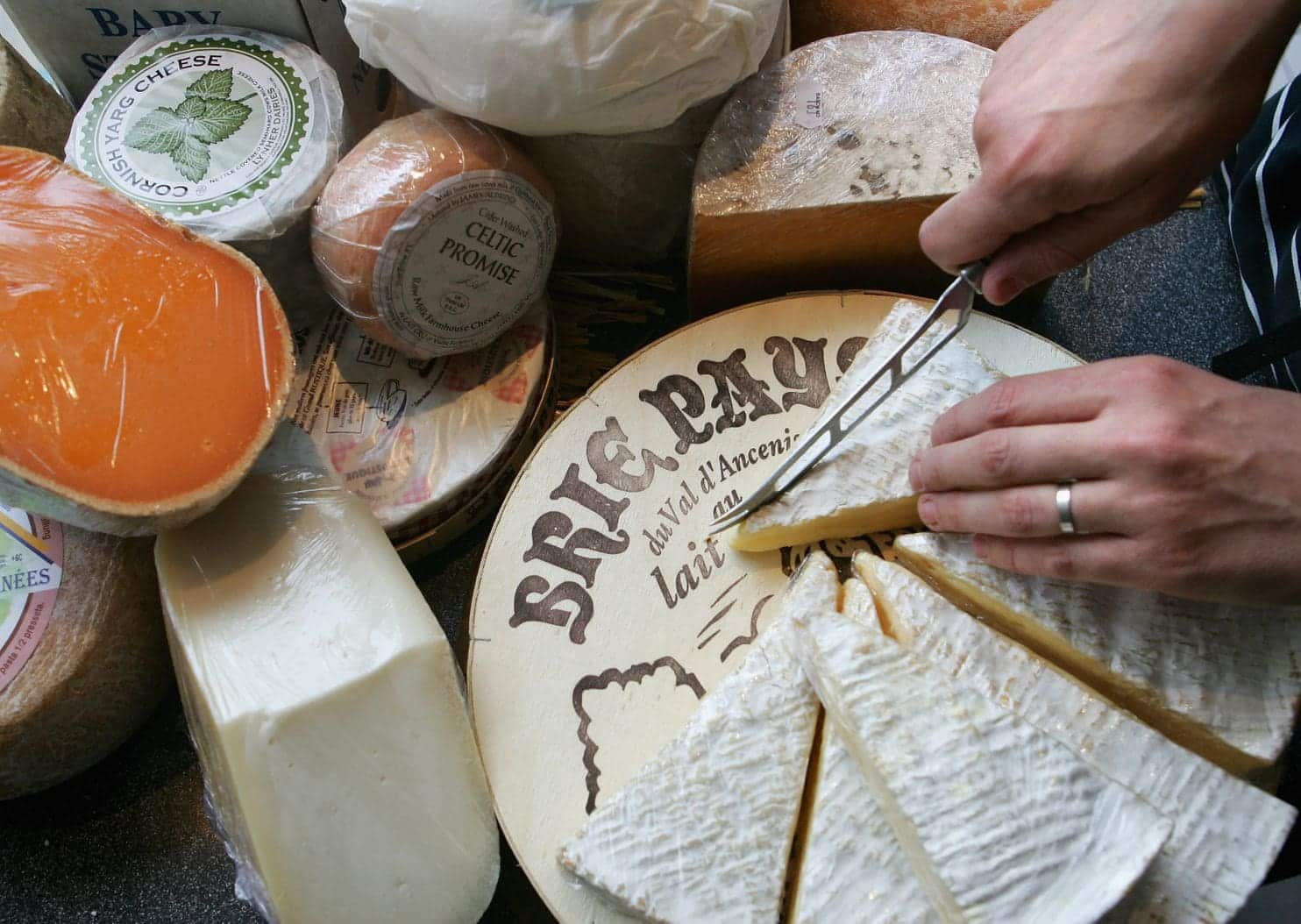 Trump is threatening tariffs on Europe’s cheese and wine. Could this brie the start of a trade war?

It can be hard for any foreigner to get the attention of the French.

So, on Monday, the Trump administration resorted to the only option that has reliably worked in the past: threatening their wines and cheese, among many other goods, which also includes aircraft and motorcycles. All those goods could be hit with tariffs later this year, possibly totaling $11 billion.

That would amount to only about 1/30th of the value hit by the almost year-long trade war with China, but the European measures still risk dismantling transatlantic trade, European officials warned Tuesday, even though they said the value would be lower than $11 billion. That trade has already been rocked by U.S. sanctions implemented last year against European steel and aluminum.

The last world leader to target European food was Russian President Vladimir Putin, who in 2014 introduced a ban on a number of goods — including the beloved French cheese — from Europe and other Western countries. The measure was a response to Western sanctions over Putin’s annexation of the Crimea region from Ukraine. Russian officials argued at the time that the import ban would help Russians rediscover their own food and identity.

Back then, the French responded: That’s just too bad — for the Russians.

But considering that France is more dependent on the U.S. market, Finance Minister Bruno Le Maire said Tuesday that both countries were trying “to reach a friendly agreement,” even though the European Union pondered the possibility of retaliation. Any agreement to avoid such an escalation would center on the more than a decade-old dispute that sparked the tariffs threat: E.U. subsidies for Airbus, the main competitor of Boeing, which is under growing pressure after its 737 Max planes were grounded worldwide.

In a different era, the Trump administration’s latest tariff threat would have triggered fiercer responses in Europe. But two years into President Trump’s tenure, Europe appears to have acknowledged that his words aren’t empty threats, and that the E.U. might not be able to match Trump’s determination to have the upper hand should tensions escalate.

The United States and China, for instance, are still engaging in a trade war that has put Europe — which strongly relies on trade with both China and the United States — in an awkward position. Trump has previously threatened to also hit German cars and other exports, triggering concerns among investors and German companies.

There’s no doubt that Europe is on high alert. When former president Barack Obama visited German Chancellor Angela Merkel last week in Berlin, she was accused by commentators of risking further alienation from Trump as he ponders measures against Germany.

So, why is he going after wine now?

Wine is only one of many goods included, but it’s hard to escape the symbolism.

Close observers of Trump’s dealings with Europe may argue that he tends to go after world leaders he doesn’t like. Merkel notably warned after the 2016 elections that Trump should show “respect for the rule of law and the dignity of each and every person.” Since then, Germany appears to have been Trump’s favorite European target, with cars, the German military and migrant criminal statistics under particular presidential scrutiny.

After French President Emmanuel Macron’s failed attempt at a bromance with Trump, the French leader suddenly faced similar threats. Last November, Trump tweeted: “France makes excellent wine, but so does the U.S. The problem is that France makes it very hard for the U.S. to sell its wines into France, and charges big Tariffs, whereas the U.S. makes it easy for French wines, and charges very small Tariffs.”

“Not fair, must change!,” Trump added.

The Office of the U.S. Trade Representative gave substance to the threats Monday by including wine from France and other E.U. countries on its list of proposed tariffs.

The U.S. side argues that the measures are in response to E.U. subsidies for the European aerospace corporation Airbus — subsidies that the World Trade Organization (WTO) has said create a disadvantage for Boeing. The threatened U.S. tariffs could still be avoided if the E.U. ended those controversial subsidies, a U.S. official said.

But the E.U. has resisted demands to end its financial support for Airbus, saying that Boeing has received similar tax incentives.

Wait, isn’t the WTO the organization Trump wants to get rid of?

Yes, that’s correct. WTO supporters say that in two years, the Trump administration has done more damage to the organization than almost any other government.

To justify prior tariff threats against China and the European Union, the Trump administration used a loophole that allows the introduction of such measures for “national security” reasons. That loophole is used extremely rarely, because doing so for illegitimate reasons would render the WTO meaningless. The organization can resolve disputes between nations only outside the “national security” framework.

When German car manufacturers suddenly found themselves accused of being threats to U.S. national security last year, many pointed to the tens of thousands of Americans they employ in their U.S. factories.

But Trump has refused to change course, raising the risk of dismantling the WTO’s dispute-settlement mechanisms in the long run, to force U.S. trade partners into short-term concessions, according to his critics.

What would be the immediate repercussions of Monday’s announcement?

The tariffs won’t immediately take effect. But if eventually implemented, they would likely make classics such as “Roquefort cheese, grated or powdered,” more expensive for American consumers. Other, less well-known goods hit by the U.S. measures include the rather obscure “extracted oleoresins consisting essentially of nonvolatile components of the natural raw plant,” according to the tariffs list, among hundreds of other items such as champagne and certain seafoods.

Is this the beginning of a European-U.S. trade war?

The E.U. has so far attempted to minimize the risks of a trade war. After European Commission chief Jean-Claude Juncker and Trump met in Washington last July, the two sides agreed to “work together toward zero tariffs, zero non-tariff barriers, and zero subsidies on non-auto industrial goods.” The E.U. is still preparing for those negotiations.

Monday’s move will certainly complicate, if not derail, those efforts.

If that happens, a trade war is still a possibility — even though the United States and the E.U. both appear to have a shared desire to prevent such a bitter escalation with economic damage for all sides, especially ahead of the 2020 U.S. presidential election.