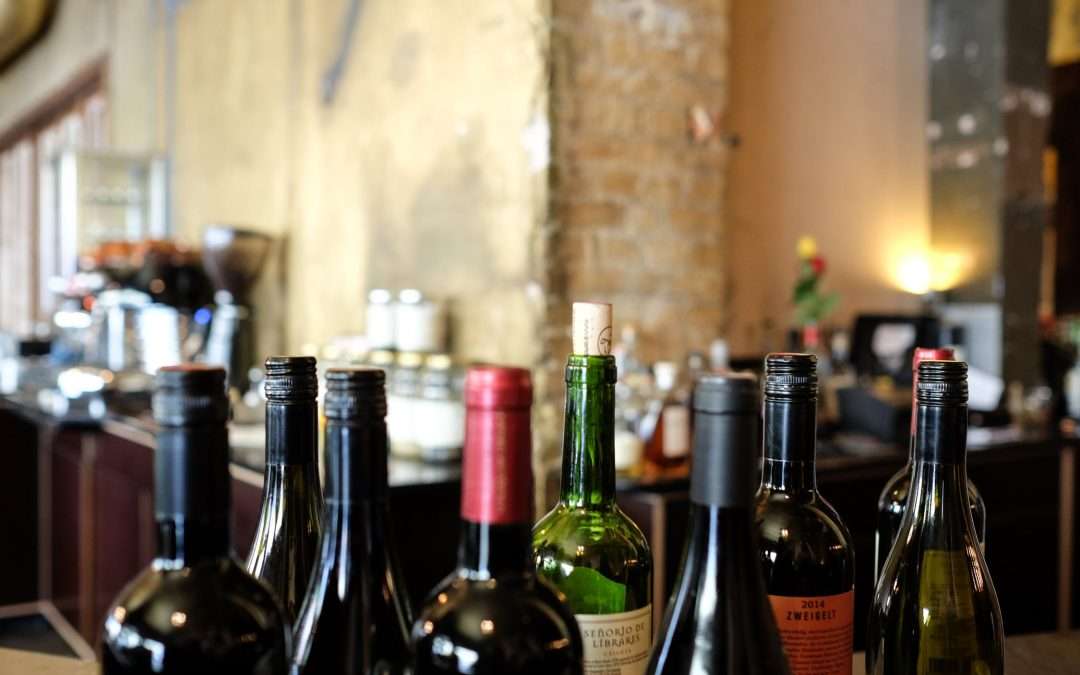 wine bottle closure is the last blessing of a winemaker. That closure becomes the guardian of the winemaker’s stewardship and so much more.

A bottle of wine is the work of an entire viticultural year, plus however long the wine was cared for and aged at the winery, not to mention the many years of investment in the wine’s vines prior to that particular annual cycle. Moreover, a bottle of wine also represents a winery and the people behind that bottle from conceptualization, grape-growing and winemaking to shipping and marketing. The choice between the different types of wine bottle closures is critical.

Whoa! It’s that big of a deal? You bet it is! It is understandable to think that “a cork is a cork is a cork”, but that couldn’t be further from the truth.

FROM TRADITIONAL CORK TO AN ARRAY OF WINE BOTTLE CLOSURES

It’s true that the traditional, natural cork bottle closure has largely stood the test of time. After all, it’s been around since the 17th century when newfangled glass bottles began replacing clay amphorae and wooden barrels.

Cork is as an excellent wine bottle closure and is the preferred choice of most consumers. However, a ripple surfaced in natural cork’s popularity in the 1980s. This began a sea-change in market sentiment that gathered into a tidal wave crashing into traditional cork’s market.

Alas, this was not a case of new ideas combatting the “If it ain’t broke, don’t fix it” mentality. The surge of global wine production (and requisite need for more cork closures) coupled with the lack of best practices and innovation on the part of cork producing sector ended up pouring much heartache across the entire wine industry, including right into consumers’ glasses.

It all began with the seemingly unpronounceable 2,4,6-Trichloroanisole (mercifully shortened to the more widely used “TCA”), which is a very – even miserably – stinky compound. Even if you couldn’t pronounce it, you could almost certainly smell it. (FYI – A small percentage of humans have anosmia to cork taint, meaning that they cannot smell it.)

TCA is the compound responsible for the dreaded cork taint smell (which has nothing to do with bits of crumbled cork that sometimes fall into our wine glasses). Sometimes it’s prominent and sometimes it is subtle, but it is an odor that prompts knowing noses to deem wines “corked”.

It took two decades for natural cork closure producers to get their acts together, after initially ignoring the problem. Natural cork production has never been better, even if it still isn’t perfect. That’s great news. The even more dynamic news is that during the time of natural cork’s evolution, winemakers and consumers have been experimenting with other closures. We can be choosy these days, even while we are generally more open-minded. All these years down the road, there are many ways other than aromas in which wine corks and wine cork substitutes can affect our wine drinking experiences.

First, different wine closures affect how easily we can get to the wine we’d like to drink. (See below for an overview on some of the many different types of wine bottle closures.) Screw caps, Zork closures and sparkling wine “mushroom top corks” win for immediate satisfaction: no corkscrew is required for extracting the closure. For all other wine bottle closures, we need a tool to open the wine bottle. We also need to know how to use that tool.

When we spare some of a bottle for another time, it isn’t always easy getting the closure back into the bottle. Yes, screw caps, VinoSeal/Vino-lok and Zork tops fit easily back onto a bottle, but other cork-like closures aren’t always as cooperative. Technical and synthetic corks can be a real challenge to jimmy back into the bottle. This happens because all corks are actually much larger than the wine bottle opening. On a bottling line, corks are firmly compressed then inserted into their bottles before expanding against the walls of their new glass homes. Once removed, the corks stretch out again – kind-of like we do when getting off a long flight! Natural corks are the most malleable, and it is usually easiest to put the non-wine end of a natural cork back into the bottle as it re-expands more slowly. 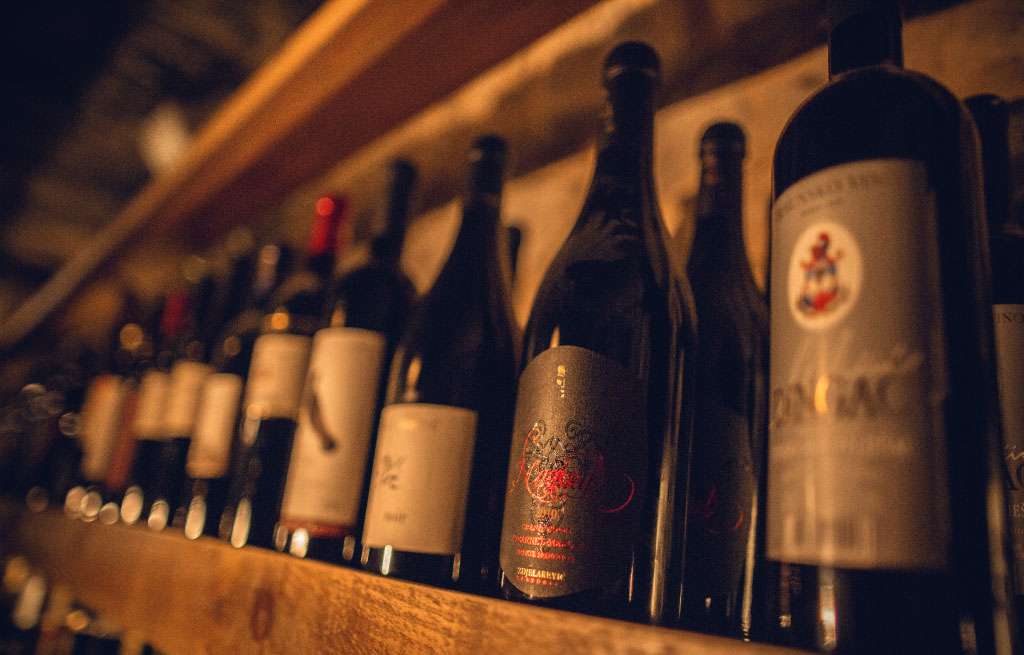 (Tip: don’t bother re-inserting the original wine bottle closure into any bottle. Instead, use a Vacu Vin stopper and pump to seal it up until you are ready to sip from the same bottle within the next few days!)

Second, the various wine closure types also affect the aromatic properties of wines, even when they are meant to be as neutral as possible. One of the original reasons to move away from natural cork-closed wines was to eliminate smelly cork taint. However, technical corks are glued together and can sometimes emanate a chemical tone to those highly sensitive to the smell. (I’m not one of them.) Synthetic corks are made of petroleum-based elements for the most part and can do the same. This off-gassing of technical and synthetic corks is most noticeable on lighter whites and reds. Finally, tight alternative seals like wine bottle screw caps and glass can promote a smell that winemakers call reduction. On the less intrusive side, reduction smells a bit like struck match or sulphur, and it usually fades away quickly. On the unpleasant side, reduction smells like rubber or even rotten eggs, and it never subsides.

The different ways of sealing wine bottles affect the oxygen exchange rate through that closure. This is important because, as the famous French scientist Louis Pasteur discovered, oxygen is the principal accelerator of wine aging. So aside from possible cork taint, oxygenation potential has become one of the most dynamic criteria for choosing alternative or artificial corks in the last two decades. After all, oxygen is carefully managed throughout the winemaking process, so why wouldn’t it be considered once the wine is ready to ship to the consumer?

Oxygen affects the color, aroma and mouthfeel of wines.

Knowing this, winemakers try to hit their wines’ optimum drinking windows. That’s to say that they try to make sure that the bottle you open today drinks as well as it can. For most cork alternatives, a winemaker can chose an ideal oxygen transferability rate. The result is that the same wine bottled with closures offering different oxygen transferability rates could be scheduled to peak in, say, six, 12 and 24 months post-release. Effectively, winemakers can chose corks to work over time while inside a bottle somewhat like a decanter would for a just-opened wine. Presto Bingo – it’s about experiencing the same thing in a different way!

THE MOST COMMON WINE CLOSURES

WHICH WINE BOTTLE CLOSURE IS THE BEST?

As is often both charmingly and irritatingly the case in wine, the answer to which wine bottle closure is best is, “It depends.” As such, the Kendall-Jackson winemaking team of Randy Ullom, Mark Theis and Fritz Meier frequently re-evaluate the types of wine bottle closures they use, based on wine style and wine consumption tendencies.

Today, the Vintner’s Reserve Chardonnay and red wines are bottled with Amorim’s Neutrocork-Premium technical corks for their easy extractability and cork-like properties, including their environmentally friendliness. (Nomacorc was previously the choice here.) The whites other than the Chardonnay and K-J AVANT are closed with screw cap tops to maximize freshness and consumer-friendly usage. The Grand Reserve collection uses Diam corks for the same reasons as Neutrocork- Premium closures, as well as for their tighter oxygen transmission control. Finally, all of the Jackson Estate and Stature wines are bottled under natural cork.

I’d say this is all rather remarkable dedication to detail. To me, this question has always been pretty easy to answer: the best wine bottle closure is the one that has already been opened! Cheers! 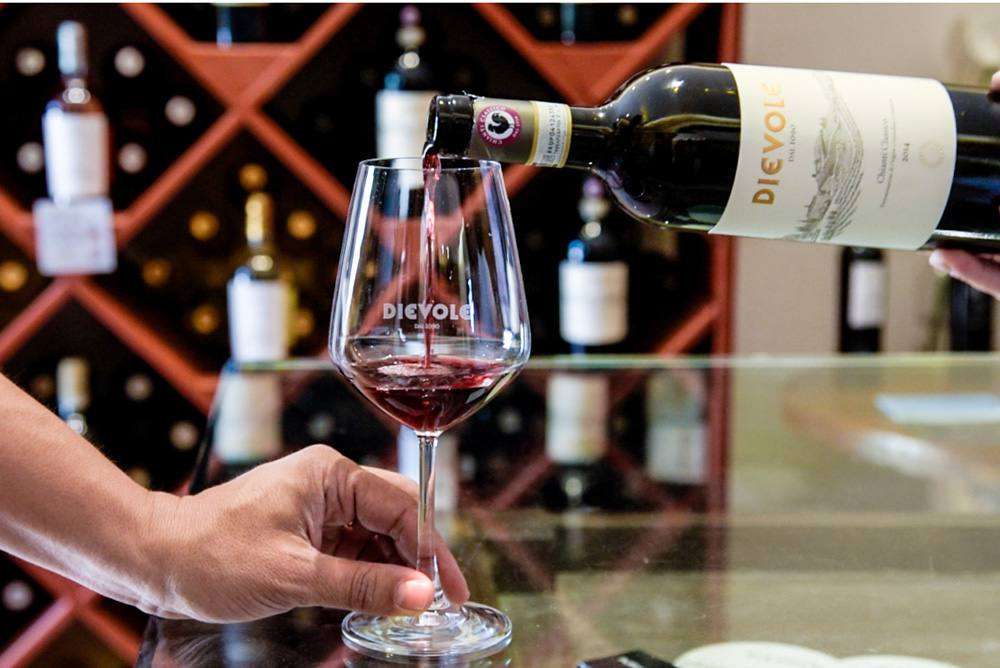