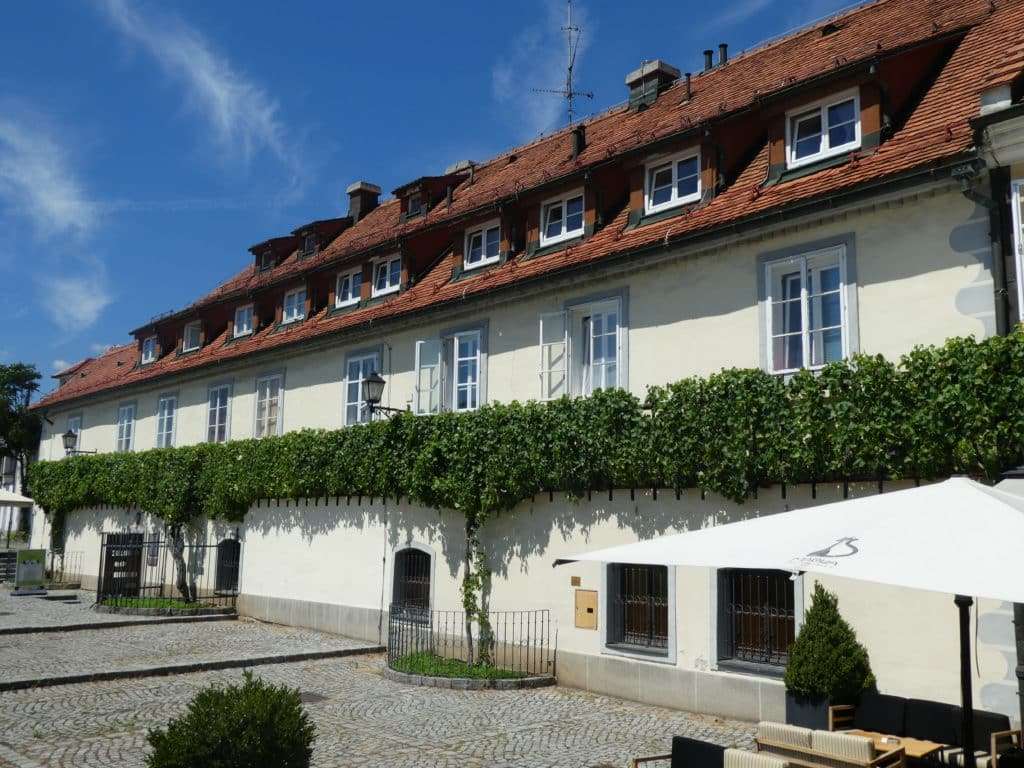 by Terri Anzur for Strangers in the Living Room

Perhaps Maribor’s most famous resident is a 400-year-old grapevine. But to find the hidden history of wine in Slovenia’s second largest city you must venture underground to the vast cellars beneath the streets — capable of storing enough wine to get the country’s entire population of 2 million drunk. Twice. 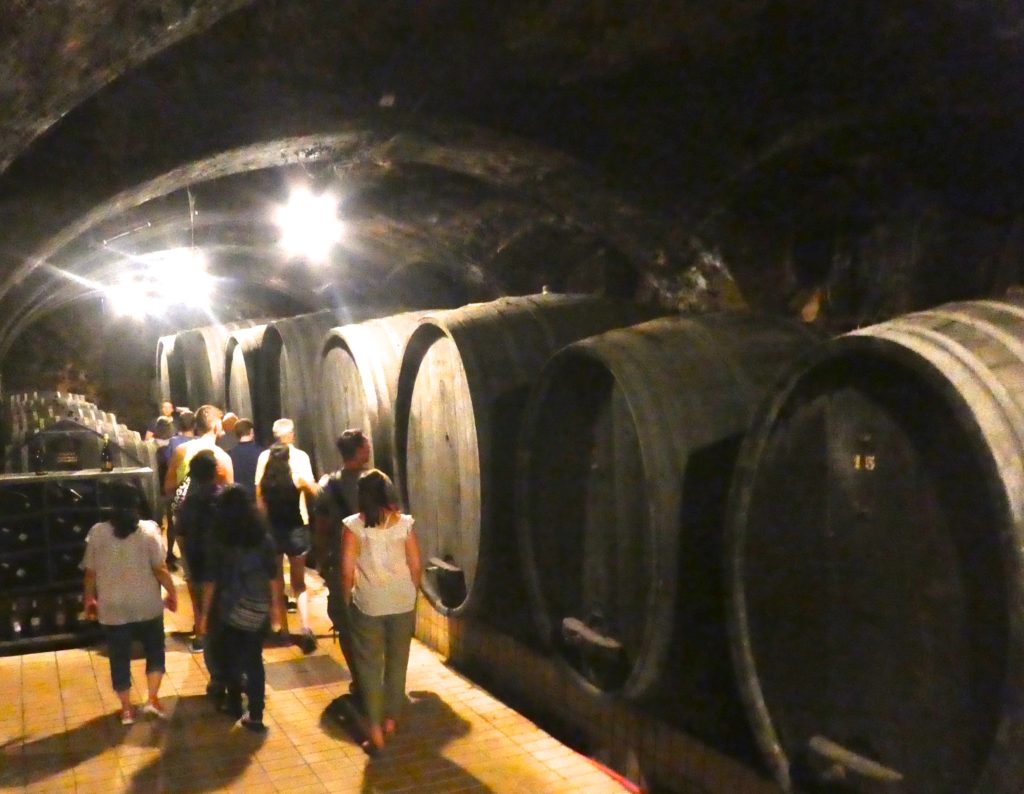 Tour of the vast wine cellar is a world class bargain — including tasting.

You could be forgiven for missing the rather plain entrance to the Vinag Wine Cellar (Vinagova Klet). It’s on a plaza behind the Maribor castle, now a local museum. Tours are given daily at 3 pm, with a second tour added at 6 pm on Friday and Saturday. And the “classic package” including a tour and two generous tasting samples for only 5 euros per person is a world-class bargain! Three euros for tour only. 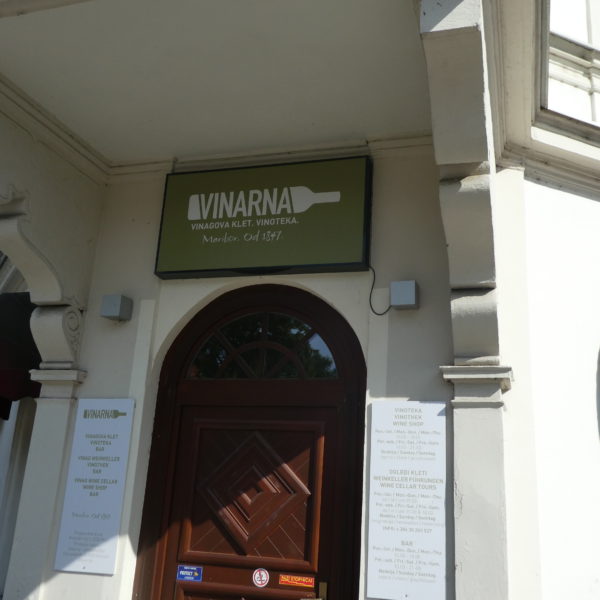 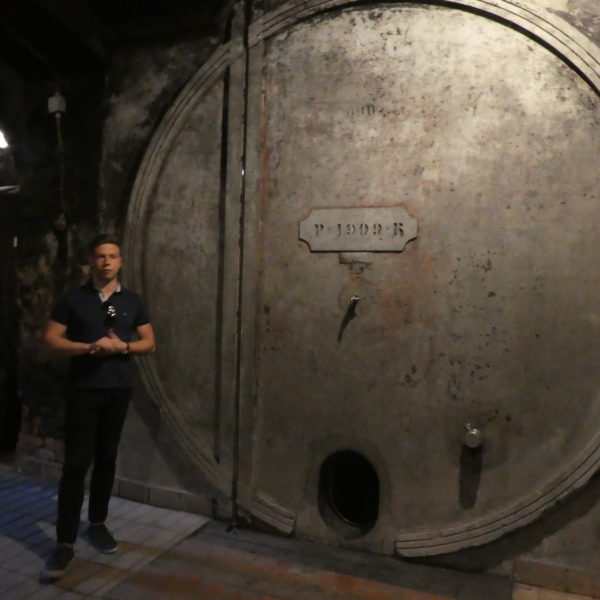 You’ll be guided through just part of the 2.5 kilometers of tunnels, named mostly for the street or building that is above. Some of the huge wine barrels were underneath restaurants, allowing for a direct pipeline to the drinkers above. The cellars were opened in 1847 to take advantage of the position on the trade route between Austria and Italy. You might be led on the tour by a young man whose older family members worked here when it was still operating 8 years ago.

The historic wooden barrels have long been retired in favor of glass, ceramic or even cement containers. One of them is the size of a small apartment and perhaps you can wiggle through the opening to get inside. Back in the day, small children were hired to clean the vats — getting drunk on the fumes. 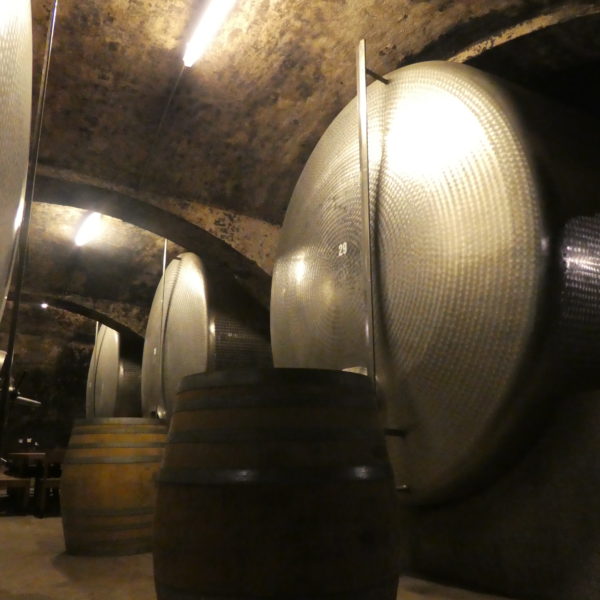 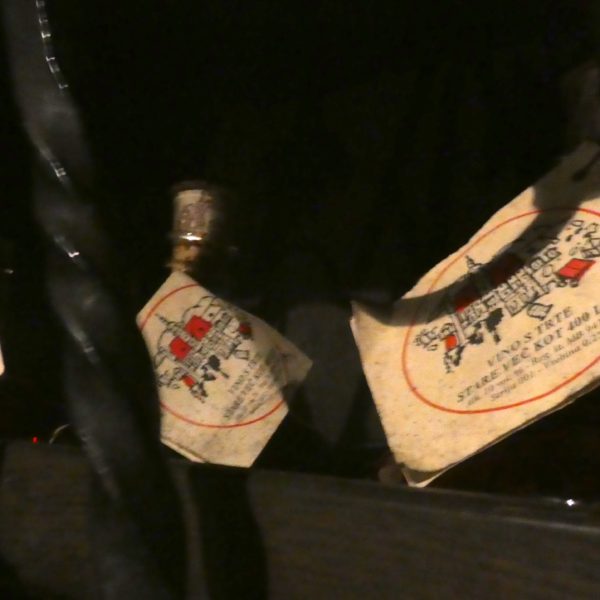 Another portion of the cellar was a repository for rare vintages, although few survived the thirsty occupying Nazis — and bad corks. Some 250,000 more recent bottles are still in storage. You can still see bottles for the wine from the famous 400-year-old vine. Don’t worry about the black “mold” you see on the walls. It sent a tour group of from Japan running for their face masks, we were told, but there’s no reason to worry. It’s “wine mold” which is said to be the sign of a good winemaking environment.

Two generous samples from a menu are included with the “classic” tour, and of course you can pay for more. My favorite was the Pullus Modra Frankinja —   a surprising dry red in a region that is more famous for its whites including Sauvingon and Chardonnay varieties. The region also has an annual competition to pick the white wine that is best for the Styrian spritzer, a drink that is taken seriously here. If you have more time, tours to specialized winemakers in the surrounding region can be arranged. Since my visit, the financially troubled Vinag winery has been sold to a Slovenian-American businessman. Here’s hoping for a bright future! 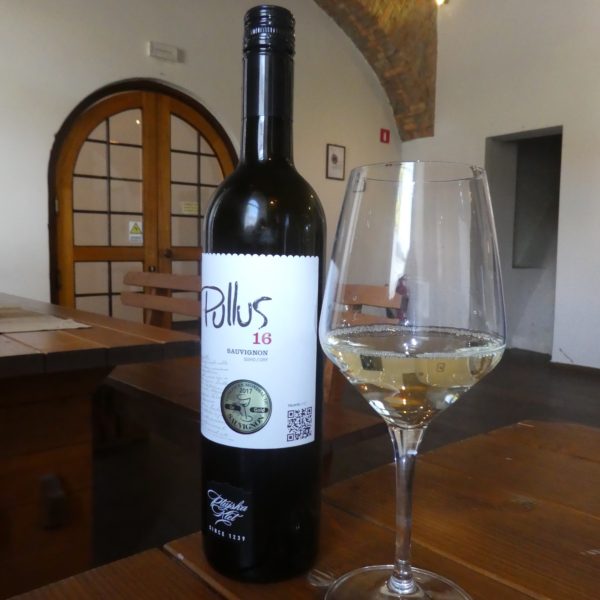 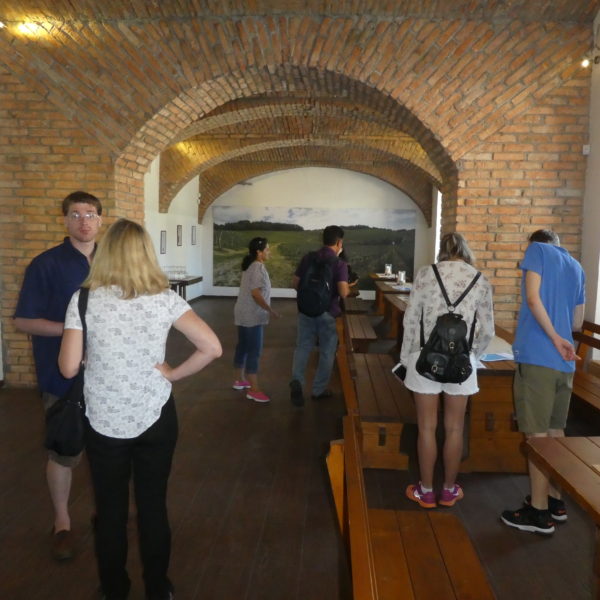 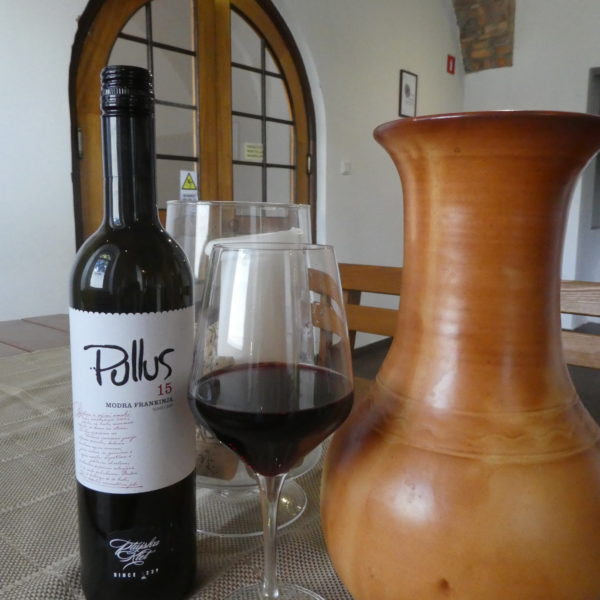 And about that grapevine…

The Old Vine, now flanked by two “daughters,” was planted more than 400 years ago in the Middle Ages, when Maribor was threatened by invading Turks. It survived centuries of conflict including World War II bombardment, which destroyed the vine house but not the plant itself. It is believed to be the oldest vine in the world still bearing grapes. They are of the žametovka” or the “modra kavčina” variety, and while you can easily taste similar wines today, you have to be a head of state or royalty to get one of the 100 or so bottles produced each year from the Old Vine, given as protocol gifts. A helpful web page has everything you need to know about the Old Vine itself, including festivals and a song that is sung in its honor.